Northport wrote: ↑
Fri May 10, 2019 5:33 pm
Yeah, I think he's up against it. He may be a Canadian classic winner and duel G1 winner, but the Awesome Again line just isn't precocious and the breed to sell part of the industry has no time for that. Starting in California and covering mares that those that ended up being for sale/rescue for $500 didn't help.

Hopefully he gets some runners in his early crops and can have the consistent success that Ghostzapper and Awesome Again do.

Yeah I forgot about the backyard mares listed on that one auction website. Aren't those the same ones whose foals can't be registered because they were conceived via AI?

Disheartening. Why, Adena, why?

If you want to get specific, you can ask: Frank, why did you stand him in California and Andy, why did you AI breed him to a bunch of, well, donkeys.

You never have to worry about them being sent overseas. They'd go to Washington, Indiana, California, New York, Florida, or Ontario before that... but sometimes the shuffling in the early years I think can do more harm than good. Giacomo is one I remember who stood in at least 3 different spots in the first couple of years at stud. Alphabet Soup, Touch Gold, North Light, and others have also moved around while technically under Adena's banner. But that was later in their careers.

Hopefully his books are better managed now that he is in Kentucky. But honestly, considering he bred less than 100 mares, they probably aren't too stringent.
weeeeeeeee
Top

US Navy Flag to shuttle to Valachi Downs in New Zealand

http://www.valachidowns.co.nz/news/
Ask me any questions you have about New Zealand and Australia racing
Top

With so many new stallions retiring to stud each year, breeders have a huge pool to choose a stallion from. Is it any wonder why those stallions that are not the creme de is creme don’t have huge books mares?
Top

Congrats to Overanalyze for getting what I believe to be his first graded winner, a Grade 1 no less, with Hog Creek Hustle.
"I'm here, free as the wind, fountain of extraordinary knowledge, splendidly corrupt, and eager to be of profitable service."
~ Peter Lorre 1904 - 1̶9̶6̶4̶ ∞
Top 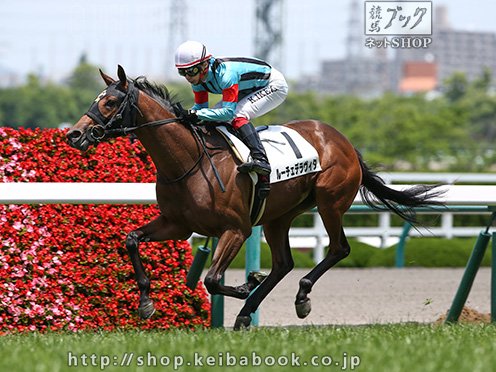 I can’t remember- is this because he has not done well? Or, health reasons? Too bad.
Top

He hasn't done well at stud. I think its admirable that his owners chose to pension him over selling him to sire more foals, when his record suggests that isn't a great idea.
Top

In the 151-year history of the Belmont Stakes, 30 editions were decided by a margin of a head or less. To date, only one sire has been represented by two Belmont winners whose margins of victory were this close—Tapit.

World of Trouble to Stud at Hill N Dale in 2021


The colt owned by Michael Dubb, Madaket Stables, and Bethlehem Stables is undefeated in four starts in 2019, including the Carter Handicap (G1) on dirt and the Jaipur Invitational Stakes (G1T) over the weekend on the Belmont Park turf. He has won seven of his past eight races, all stakes, falling a neck short in the Breeders' Cup Turf Sprint (G1T) as a 3-year-old.

I hope that Kaiser Melange will become a stallion.
It had been thought that El Condor Pasa's sire-line would inevitably die out, after Vermilion(JPN) retired from stud in 2017 without many success.

Eminent the First Son of Frankel to Stand in New Zealand

~ Eminent was apparently renamed He's Eminent as a four year old, but RP refers to him as Eminent.
"I'm here, free as the wind, fountain of extraordinary knowledge, splendidly corrupt, and eager to be of profitable service."
~ Peter Lorre 1904 - 1̶9̶6̶4̶ ∞
Top

He was renamed when racing in Australia to He's Eminent as there was already a horse named Eminent registered in Aus.
Ask me any questions you have about New Zealand and Australia racing
Top


Grade 1 winner and grade 1 sire Bluegrass Cat and group 2-placed winner Air Vice Marshal, a half brother to multiple grade 1 winner Contested, have been sold Nimet Arif Kurtel to stand at his Karacabey Stud near Izmit, Turkey. The two stallions will join on the Karacabey roster expatriates Victory Gallop, Lion Heart, and Corinthian.


"We were inspired by the whole Ascot experience, so we've got a plan to bring probably a Bucchero yearling over and bring it up through the UK process," he explained. "We'll campaign it here, and try to get to Ascot the old fashioned way.

"We have a website, buccherobaby.com, that has a little countdown to the first babies, and we'll try to feature some of the mares we have when they come, new things that you don't see a lot of other people doing.

I've noticed that the Washington Thoroughbred website or stallion register lists horses that stand in California, or are listed as being in California on BH.

Are they situations where the stud will spend half the season in Cali and the other half in Washington?
"I'm here, free as the wind, fountain of extraordinary knowledge, splendidly corrupt, and eager to be of profitable service."
~ Peter Lorre 1904 - 1̶9̶6̶4̶ ∞
Top

Read yesterday that after announcing late last year or early this year that More Than Ready had made his last shuttle trip and was retiring from shutting...... surprise.....he's shuttling to $$Australia again.
"It's been my policy to view the Internet not as an 'information highway', but as an electronic asylum filled with babbling loonies."
Top

Rumor has it chrome will NOT be shuttling? Is this true?
Top