That’s a bold move considering his modest race record to date.
But I’m excited about it.
He is going to be the first Japanese-trained and Japanese-bred horse to run in the Kentucky Derby.
And this Just a Way colt is a great-grandson of Sunday Silence(USA)!!!!!!

Good information on Master Fencer and his connections

Master Fencer is slated to enter quarantine on April 16th and leave from Japan on April 23rd.
He will be ridden by a local jockey in the Kentucky Derby.

-- replays
He is a typical late charger.

That top picture in the post above, #3 saddlecloth, is that the beach they are running on?
I've found it easier to tear up tickets at 8/1 instead of 8/5.
Top

JRA's dirt surfaces are much deeper and slower than the 'Big Sandy'.

JRA's dirt courses are based on designs used in the United States, but uniquely fine-tuned to handle Japan's high precipitation. Tracks are packed firmly with a layer of mountain sand to support the horses' hooves and then covered with loose sand to absorb impact and ease leg stress. The horses must exert slightly greater effort when the track is dry, but speed is increased as the track absorbs more water.

Ahhh, thanks.
Perhaps mountain sand should be replacing the much heralded El Segundo sand here.

Pay attention Santa Anita!
I've found it easier to tear up tickets at 8/1 instead of 8/5.
Top


---------------
Master Fencer was produced from the winning Deputy Minister mare Sexy Zamurai, and was preceded in stakes glory by his half-brother Top Divo. Sexy Zamurai counts herself a half-sister to ultra-talented One Caroline, a dominant winner of the 2009 Rampart Handicap (G2) for conditioner Rusty Arnold.

The Japan-based colt is from a fine female family with stamina influences throughout his catalog page. His fourth dam is Irish-bred Northern Sunset, the 1995 Broodmare of the Year. She produced a quartet of impactful stakes stars as a wildly successful broodmare: 1992 European Horse of the Year St. Jovite, 1995 Breeders’ Cup Classic (G1) runner-up L’Carriere, multiple Grade 2 hero and sire Lac Ouimet, and Salem Drive, who bagged four graded races for trainer Tom Skiffington. Farda Amiga, the 2002 Kentucky Oaks (G1) victress and champion three-year-old filly, is also from this female line.
-------------------------------

Between Master Fencer and Win Win Win, this renewal of the Kentucky Derby is good one for Sunday Silence fans.
Top

If they're going to offer guaranteed slots for Japan and Europe (not to mention the UAE Derby) why not include one for the highest-ranked filly? Well, because there isn't a potential "bet on fillies" market to be mined. Otherwise it would make just as much sense.
I ran marathons. I saw the Taj Mahal by Moonlight. I drove Highway 1 in a convertible. I petted Zenyatta.
Top

Gemini wrote: ↑
Sun Apr 14, 2019 3:12 pm
Between Master Fencer and Win Win Win, this renewal of the Kentucky Derby is good one for Sunday Silence fans.

It was 30 years ago when Sunday Silence won the Kentucky Derby.
His great-grandson, the first JPN-bred Kentucky Derby starter, Master Fencer might be up against it.
But I do believe that this is just the beginning!! 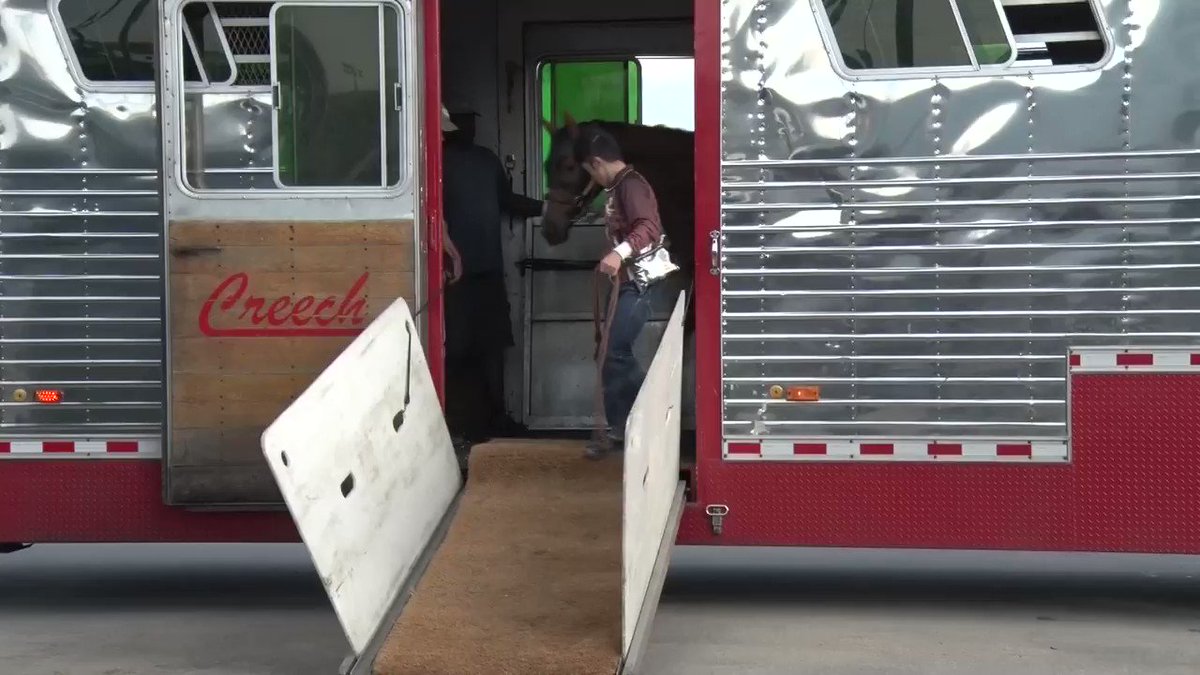 Like many successful runners in Japan, Master Fencer's ties to the legendary Sunday Silence are prominent. A Hall of Famer and dual classic winner in the U.S. and foundation of the Japanese stallion market, Sunday Silence is this colt's paternal grandsire through sire Heart's Cry.

Just A Way, by Heart's Cry earned Longines World's Best Racehorse honors in 2014, on the strength of a campaign that included wins in the G1 Yasuda Kinen at about a mile, and the G1 Dubai Duty Free and G2 Nakayama Kinen at about a mile and an eighth, all on turf. He stretched out to two miles to take the G1 Tenno Sho.

Heart's Cry was a turf specialist during his own racing career, including a 2,400-meter (about 1 ½-miles) score in the G1 Dubai Sheema Classic in the U.A.E. His resume in his home country is highlighted by the G1 Arima Kinen at 2,500 meters (over 1 ½ miles). Followers of North American racing will be most familiar with runners by Heart's Cry through Yoshida, the dual-surface star who took the G1 Old Forester Turf Classic Stakes on the grass and the G1 Woodward Stakes on the main track, both at a mile and an eighth.

Master Fencer is out of the Deputy Minister mare Sexy Zamurai, who raced exclusively in Japan. She broke her maiden going 1,000 meters (about five meters) and later scoring at 1,500 meters (about 7 1/2 furlongs), both on the dirt.

Kudos to Katsumi Yoshizawa who is about to realize his dream.

And it's a dream come true for me, too.
The Kentucky Derby will be broadcasted live in a Japanese TV channel this year.

As a racing fan who has been following both North-American racing and Japanese racing, I will be very happy that more Japanese will become familiar with My Old Kentucky Home.

He was a bit more competitive than everyone had thought.
Top

His handler looks happy at least

Japan’s #MasterFencer proved he deserved to be in the @KentuckyDerby today. What a ride by @JulienLeparoux! 7th, upgraded to 6th with the DQ of of winner. He finished better than any other JPN trained horse to have ever raced here. Great start for the first Japan Road entry! – 場所: Churchill Downs 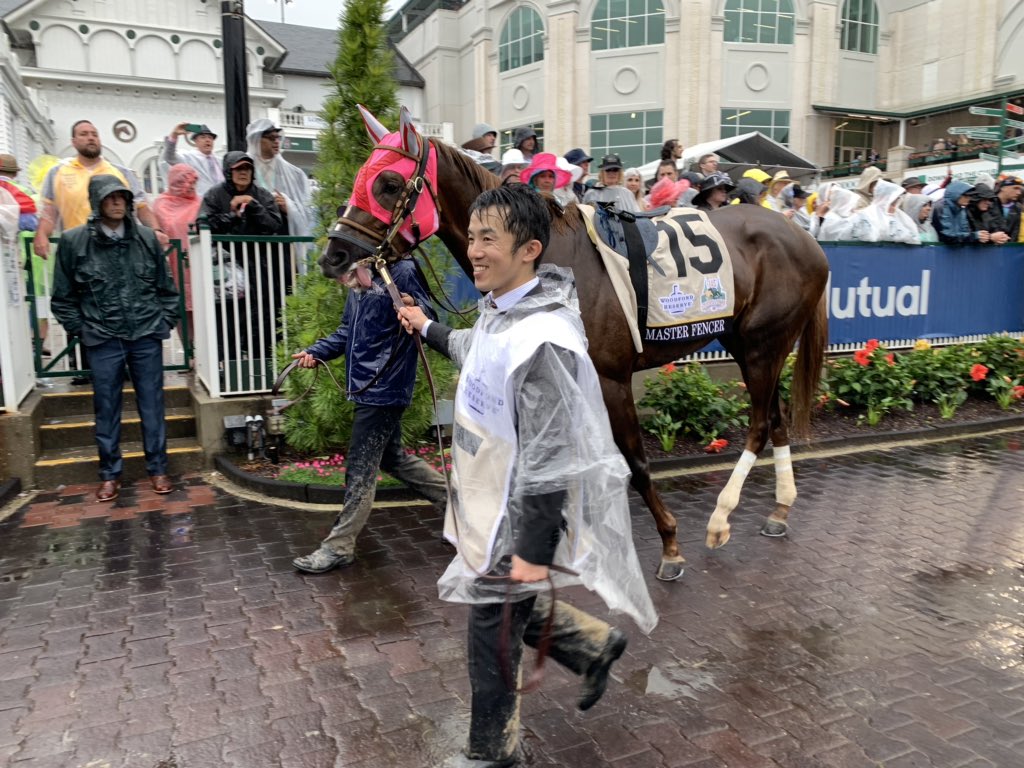 He was a bit more competitive than everyone had thought.

I was happy to see him run on so well! He just wasn't quick enough out of the gates, got left behind early and was playing catch up the whole race.
Top

I hope they race him in the Belmont.