Anyway, between F-T November and the Keeneland November books, I'm expecting some real fireworks! (IF you can, throw in more photos of the Honor Code filly?

I got to check that out- I thought I was being smart backing up to photobucket.
"I reject your reality, and substitute my own!"- Mythbusters
"Oh, What fresh Hell is this?!"- Sheldon Cooper(quoted from Dorothy Parker)- Big Bang Theory
"Sometimes I think he's the King of Stupid" - Old Man- Pawn Stars
Top

Who's the dam of the Uncle Mo? Are you paying full price on Tapit's fee, or do they do foal shares since mom is a GSW producer? Just curious, I've heard Tapit is hard to get into.
Pulpit 1994-2012
Top

Ioya Two wrote:Are you paying full price on Tapit's fee, or do they do foal shares since mom is a GSW producer? Just curious, I've heard Tapit is hard to get into.

Yes; Tapit's book is full of mares who've produced GSW, so maybe there's a foal share or two in there, I don't know. Nobody offered or suggested one to us, but we're not interested. Yes, he's very hard to get to, which is why everybody wants to breed to him.
Top

That's awesome Horsebagger, you got into the hardest book in America with a great mare. Fingers crossed for a successful pregnancy. Is it LFG or s/n? Who is mom, I'm curious to look her up. Yay a Tapit. Love him.
Pulpit 1994-2012
Top

Thanks for sharing the pics, HB! Love the colt, he's very balanced, and the fillies are cuties!

That’s a fine crop you have HB! I hope that Uncle Mo does big things for you. Partial to the little Elusive Quality colt.
Top

Lovely babies HB, I particularly like the hip on that Uncle Mo filly, which she seems to have gotten from her mama based on that picture

I'm curious, who do you think she goes to? I would assume Banke will pull out the big wallet and try to get her. It'd make sense given she has no plans to breed RA again and Songbird is on the same cross. But I can imagine Coolmore wanting her too. I hope she stays in North America.
Regardless, I'm really looking forward to the fireworks.
A filly named Ruffian...

I'm curious, who do you think she goes to? I would assume Banke will pull out the big wallet and try to get her. It'd make sense given she has no plans to breed RA again and Songbird is on the same cross. But I can imagine Coolmore wanting her too. I hope she stays in North America.
Regardless, I'm really looking forward to the fireworks.

I hope Mandy Pope wants to add to her 'collection' as well. I bet Songbird would look lovely in that paddock with Grace and PP. My guess would be $5-6M? Probably too low.
Top

DIAMOND DONA (Hip 202): Five-year-old mare by champion Bernardini is out of another champion – Maryfield. Maryfield won the Grade 1 Ballerina Stakes and Breeders’ Cup Filly and Mare Sprint on her way to an Eclipse Award. DIAMOND DONA is offered carrying a foal from the first crop of Tapit's multiple Grade 1-winning son, Frosted. Consigned by Bluewater Sales, agent.

LIBBY’S TAIL (Hip 203): Three-year-old daughter of Tiz Wonderful was second, beaten a head, in last year’s Grade 1 Spinaway Stakes. Multiple stakes placed, she also won her debut at Belmont at two. She hails from a prolific female family, with her first four dams all being stakes producers. Consigned as a racing/broodmare prospect by Taylor Made Sales Agency, agent.

Fasig-Tipton will continue to accept approved November Sale entries up until the Breeders’ Cup.

I'll be curious to see if Songbird's conformation effects her price any.

Frankly amazed she stayed as sound as she did given how horribly over at the knees she is. 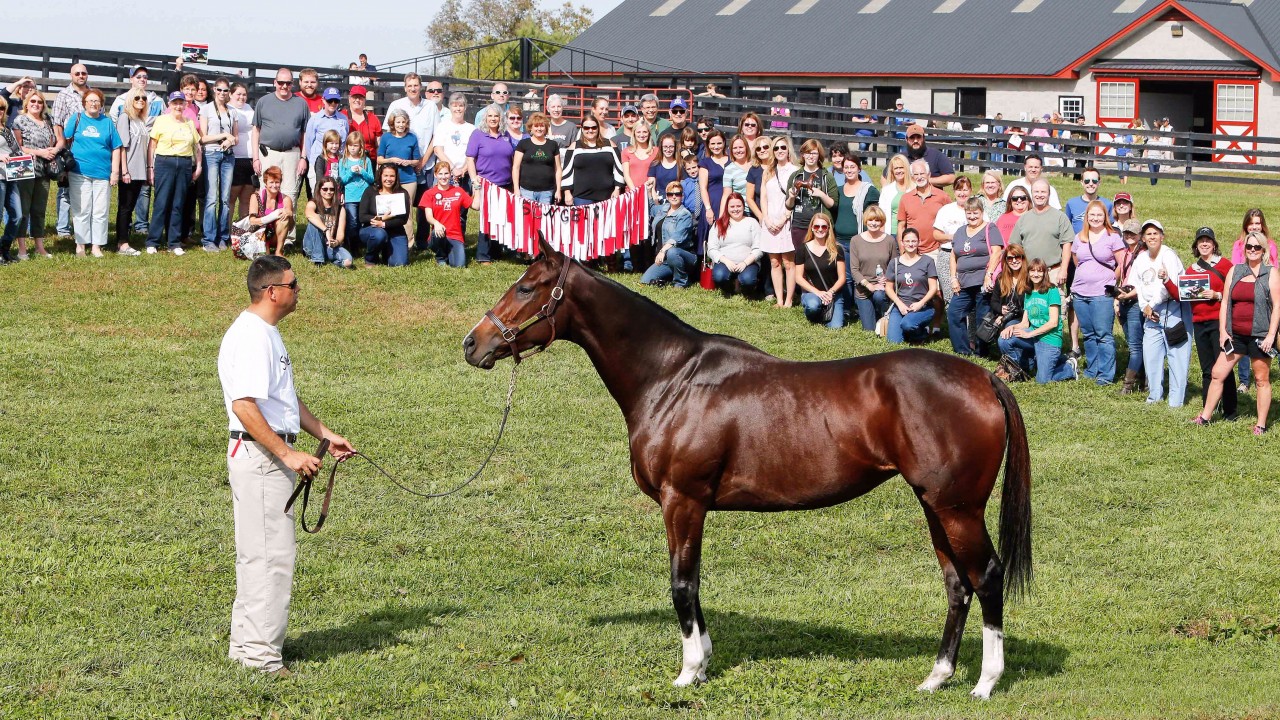 "It's been my policy to view the Internet not as an 'information highway', but as an electronic asylum filled with babbling loonies."
Top

That's unfortunate, as she's just excellent in every other way. The November sales are a master class in how talent comes in every shape and size.
Top

This is a photo of Songbird as a yearling. She wasn't over at the knee then. Perhaps this more recent photo just caught her as she was moving, taking a step and putting her foot down. That's the problem with judging a horse just from a single photo. We can't know what happened the moment before and after the photo was taken. 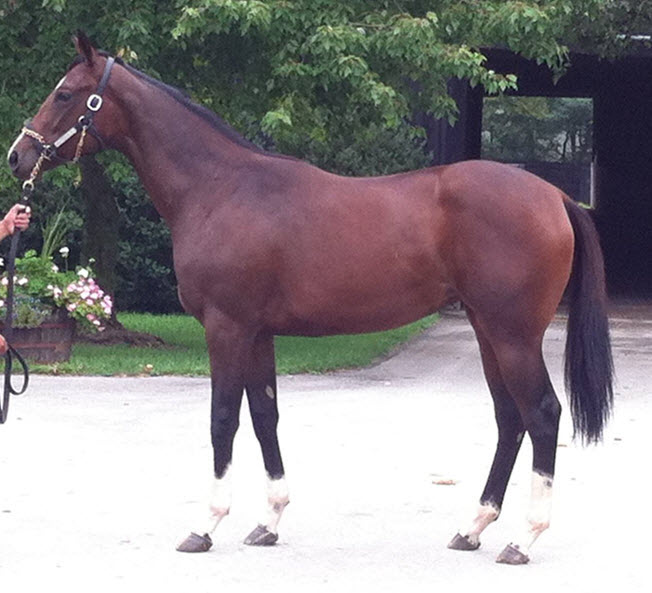 I dunno. She looks over at the knee in every recent photo I've seen. I'm not so quick to judge from one image.
Top

Northport wrote:She's still over at the knee in her yearling photo

Definitely, and you can't get your knee to bend like that even with a weird step. Her knee even bends in. Yikes.

She's impeccably bred and her less than stellar knees didn't effect her ability, so I wonder what she brings, too. I find these November sales to be fascinating.
Top

Here are several photos from the recent fan day. She is most definitely not a study in conformation through those front knees/legs, but it obviously didn't deter her from being a top class mare.
Top

The Fox Hill Farm folks do, I think, an extremely good job buying horses with good conformation, so they must not have been too concerned with her being over at the knee. IIRC, over at the knee is better than being back at the knee. It shouldn't affect her price at all at auction.
Top
Post Reply
187 posts