Do you remember Ollie’s Candy? Last summer, she was a multi-surface star for trainer Bill Morey. Ollie’s Candy won twice on synthetic at Golden Gate Fields, scored a Grade 2 upset on dirt at Santa Anita, and finished second in two graded stakes on turf at Del Mar including the Grade 1 Del Mar Oaks in August.

And then, Ollie’s Candy disappeared. This spring, so did her trainer. Morey reportedly disbanded his stable in advance of a May 2 hearing before stewards at Santa Anita. (Daily Racing Form story: https://bit.ly/2Pj3ih4)

While the Morey saga unfolds, Ollie’s Candy nears a comeback. She worked five furlongs on April 11 at Golden Gate, and is nominated to the $75,000 Golden Poppy Stakes on April 27 at Golden Gate.

According to the Golden Gate nominations list, Ollie’s Candy is now trained by Brendan Galvin. His career training record is five starters, one win. Galvin has not had a starter since 2012, but he is no latecomer. Galvin is former assistant trainer to Bill Morey.

by stark
A few questions for Aaron Gryder

by stark
A Cup of Courage: The Jockey's Story - YouTube. This is a great documentary about the courage and risks that jockeys face on a daily basis. ⁦@JockeysGuild⁩ ⁦@PDJFund⁩. From the 1980’s but timeless with recognizable names!

Seems like one of the good guys. I always admired his patience with Calidoscopio, especially in the 2013 Brooklyn - still one of the all time fun races to watch.

by Skip-A-Way
I enjoyed these questions and answers Aaron gave, he is actually pretty cool.

by RugbyGirl
Not a household name but this story is fascinating
Hong Kong jockey announces his retirement after controversial ban
https://www.scmp.com/sport/racing/artic ... suspension

I was under the impression that Mandella liked Prat as his #1 but a while back he had trouble with his agent, nothing really new there.

Enter Mike Smith and the whole Omaha Beach-Derby transaction, could it have some lingering effects?

Specifically, I'm looking at the 7th race at SantaAnita today.

Prat has ridden the 7 for Richie Baltas a few times, most recently in November at Del Mar.

Prat has ridden the 8 for Richard Mandella a bunch of times, most recently in November in Del Mar.

I was under the impression that Mandella liked Prat as his #1 but a while back he had trouble with his agent, nothing really new there.

Enter Mike Smith and the whole Omaha Beach-Derby transaction, could it have some lingering effects?

Specifically, I'm looking at the 7th race at SantaAnita today.

Prat has ridden the 7 for Richie Baltas a few times, most recently in November at Del Mar.

Prat has ridden the 8 for Richard Mandella a bunch of times, most recently in November in Del Mar.

by BaroqueAgain1
Derby-winning jockey Pat Smullen retires following advice from doctors
Nine-time Irish champion jockey and Derby-winning rider Pat Smullen has announced his retirement from the saddle after completing an inspirational recovery from pancreatic cancer.
Smullen's decision not to return to competitive action brings the curtain down on a glittering career that yielded 12 European Classic victories, including a memorable triumph in the 2016 Investec Derby at Epsom aboard Harzand for long-time allies Dermot Weld and the Aga Khan.
Read more: https://www.racingpost.com/news/pat-smu ... ors/378429

The Hall of Fame trainer Jerry Hollendorfer, based primarily on the West Coast for his career, will have an East Coast presence this summer, sending approximately 20 horses to New York for the summer.

“A couple of clients expressed an interest in having some horses on the East Coast this summer,” Hollendorfer said Tuesday by phone from California. “I’m glad to have customers who are giving me the opportunity to work with good horses on the East and West coast. I don’t think people should pass up an opportunity if you can still do things.”

One of those clients who wanted Hollendorfer on the East Coast is Larry Best, who races under the OXO Equine banner. Best has already sent 3-year-old males Rowayton and Oggonis and the 3-year-old filly Brill to Belmont. They arrived early Saturday morning. Rowayton, second in last year’s Grade 1 Del Mar Futurity, and Oggonis, a first-out winner at Santa Anita, worked five furlongs in 59.87 seconds together Wednesday morning over Belmont’s main track. Brill is coming off a fourth-place finish in last Friday’s Black-Eyed Susan.

Both Rowayton and Oggonis are eligible for a first-level allowance race. Oggonis, a son of Animal Kingdom, will likely target a turf race.

Best is also expected to send several 2-year-olds to New York, including Vegas Strong, the $850,000 Colonel John colt he purchased Tuesday at the Fasig-Tipton Midlantic sale.

John Dowd, a bloodstock advisor to Best, was at Belmont Wednesday. While acknowledging that issues with Santa Anita’s track that led to 25 fatalities was “obviously a part of” Best’s decision, so was the fact there are more opportunities on the East Coast for 3-year-olds during the summer.

There hasn’t been a more welcoming presence on the Del Mar backside during the racetrack’s summer meet in recent years than trainer Art Sherman, and it’s likely to stay that way for 2019.

The 82-year-old trainer underwent surgery to remove a cancerous tumor from his bladder in March and is currently going through weekly radiation treatments, but said May 28 he’s feeling well and his prognosis is good.

“Think they got everything (during the surgery), so if we ride (the radiation treatments) out, I’ll be OK,” Sherman said.

Sherman, a California mainstay who reached the top levels of the game with two-time Horse of the Year California Chrome, has to travel to San Diego for his radiation treatments but still makes it out for morning training at his Los Alamitos base four days a week.

“I like to be involved, and we’ve got some young horses coming in and getting ready,” Sherman said. “It keeps me occupied. You gotta keep yourself occupied. I don’t play golf or anything like that, but I walk the dog every morning and go to the store with my wife–it’s nothing exciting, but we’re moving around.”

by BaroqueAgain1
I wonder if Art's health issues were a factor in Faversham's move to another trainer?

I hope that he comes through this with as clean a bill of health as one can hope for after cancer treatment.

When the Department of Labor announced in mid-May that the multiple Eclipse Award-winning trainer Chad Brown had reached a settlement requiring him to pay $1.6 million in back wages and fines for labor-law violations, many racing observers gasped at the enormity of the settlement and its seismic potential for repercussions on the backstretches of racetracks across the U.S.

The settlement, which affected 182 hotwalkers and grooms who worked in Brown’s multi-state operation under the H-2B visa program over a roughly three-year period, was an outlier in one important sense: Horsemen and labor-law specialists said that they had never heard of such a large judgment against one trainer. However, in another sense, it was not unique, but rather part of a larger trend, according to those same officials.

“We’re living in an unprecedented culture of investigation and enforcement,” said Leonard D’Arrigo, an Albany-based labor-law attorney who has New York trainers as his clients, among other industries that use guest workers. “The overarching philosophy of the current [White House] administration is that we are no longer going after the workers, we are going after the employers, because they are the impetus behind all these workers coming into the country. And in many cases, racetracks and farms are the low-hanging fruit.”

by Sparrow Castle
My oh my! 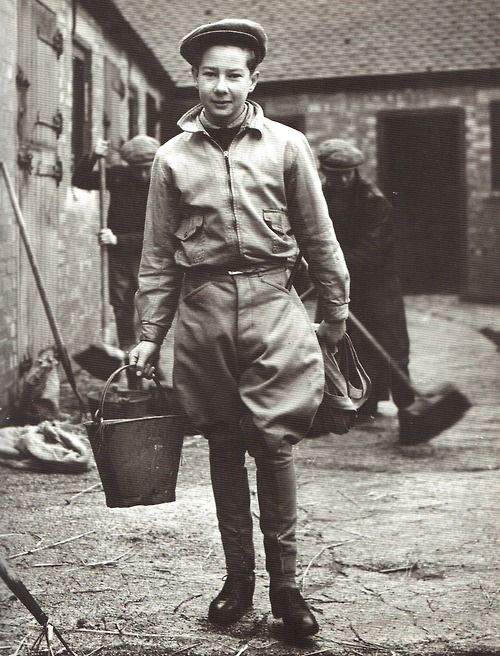 by ThreeMustangs
Happy news on FB: Carla Gaines’ gorgeous yellow Lab Louie (aka the Mayor of Santa Anita) went home from the hospital today. He’s been fighting a staph infection.

by Sparrow Castle
He is the kind of trainer who should be run out of the sport FOREVER. It seems the rescue community and others have been reporting on his behavior for a long time. At least the CHRB are taking them seriously now.

Pender, who was ordered by Santa Anita management to vacate his stalls last month, was charged with “knowingly” working a horse at Santa Anita on March 24 after a veterinary examination disclosed an injury, and then entering the horse to race at Golden Gate Fields on April 6. New Karma was a veterinary scratch from that race.

Details of the May 14 hearing, in which private veterinarian Dr. Heather Wharton served as a witness on behalf of the CHRB, are in the Santa Anita stewards minutes.