Pharoah's kids hit the track this year! So excited!
"I'm here, free as the wind, fountain of extraordinary knowledge, splendidly corrupt, and eager to be of profitable service."
~ Peter Lorre 1904 - 1̶9̶6̶4̶ ∞
Top

Wish Way, a chestnut filly by American Pharoah out of Judy the Beauty, became her sire's first produce to record a public workout. On February 22, 2019, she worked 2 furlongs in 23.80 at Turfway, breezing, for Wesley Ward. She tied with Kiawah Sunset (Uncle Mo x Celebrity Cat) for the fastest of Ward's workers that day.

So Lady Pauline is getting a lot of talk, and rightfully so...
https://www.bloodhorse.com/horse-racing ... -keeneland

But how about Mean Sophia? The $3,700 Keeneland purchase ran off in a maiden special at Keeneland yesterday by 10-1/2 lengths in 0:51.59. She is by Smarty Jones and out of an Unusual Heat mare.
http://www.equibase.com/premium/chartEm ... y=USA&rn=1
Top

Maybe somebody other than JS can give training a try?
I've found it easier to tear up tickets at 8/1 instead of 8/5.
Top

What a scintillating performance from Ten Broeck Farm's Kimari (Munnings), the second foal out of G3SW Cozze Up Lady, bolting up by 15 in :51.02. Kimari is bred on the Speightstown/Cozzene cross that has 2 SWs, including Despite the Odds-G3. @ljlmvel was up for Wesley Ward.
Top

What a scintillating performance from Ten Broeck Farm's Kimari (Munnings), the second foal out of G3SW Cozze Up Lady, bolting up by 15 in :51.02. Kimari is bred on the Speightstown/Cozzene cross that has 2 SWs, including Despite the Odds-G3. @ljlmvel was up for Wesley Ward.

I saw that race as well. Mighty impressive.
Top

Maybe somebody other than JS can give training a try?

ARCADIA, Calif. – Zellda, a 2-year-old filly out of famous 2010 Horse of the Year Zenyatta, arrived at trainer John Shirreffs’s stable at Santa Anita in late September and is in early training.

Zellda, owned by Jerry and Ann Moss, has been jogging in recent days.

“She’s just getting used to it,” Shirreffs said of the filly’s new surroundings. “She’s learning her way around here. 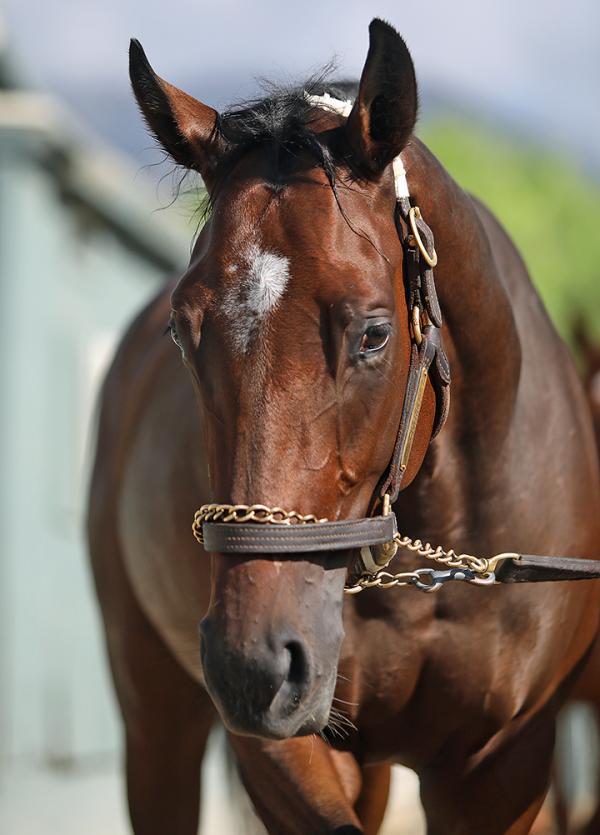 https://www.drf.com/news/zellda-daughte ... anta-anita
I've found it easier to tear up tickets at 8/1 instead of 8/5.
Top

MDO sure put some "pretty" on her.

I ran marathons. I saw the Taj Mahal by Moonlight. I drove Highway 1 in a convertible. I petted Zenyatta.
Top

would love to see dear Zenyatta finally get a win with this pretty daughter of hers.... but mostly, just want to hear she is doing well and is happy and healthy - and stays that way.

best of luck to the filly - John will be taking superb care of her, that is for sure. just as he does with all of his horses. always a pleasure to root for this fine man.
Top

I'm not the only one posting races to the Following-the-parents threads rather than here. If you are fans of a particular sire, I'd suggest peeking into the Following area and seeing if he has a thread going that people are contributing updates to.

Here's the rough schedule for American Pharoah's first crop youngsters - the 2-year-olds today - as of this morning. I haven't had time to check for updates and overseas stuff:

Both of these colts won BT stakes over 5.5 furlongs of turf in their last outings.

Four Wheel Drive set a track record when he debut'd in the Rosie's Stakes (Blacktype) last August 31st. Another Miracle 's coming into this race with more experience under his cinch - it's his fourth start - and two weeks' additional layoff.

The other opponents are nothing to sneeze at:
Embolden won the 5.5-furlongs-on-turf blacktype Jamestown Stakes at Colonial Downs Sep 7th.
Tomato Bill is coming off a 2nd place in the G3 Sanford Stakes; he survived an inquiry into bumping the 3rd place finisher.
Freewheeler was very green but won his debut by 5+ lengths.
and the surprise to me at least, given it's 10 or so days turnaround, was seeing Jack and Noah entered. This boy is the one that beat out Turned Aside in a MSW last 27 September. He showed a really nice closing kick after having been unhappy at being held back in 2nd/3rd until the stretch charge (kudos to his jock).

* 05 October (Saturday) - American Butterfly - G1 Claiborne Breeders' Futurity at Keeneland, 1-1/16th mile on dirt, breaking from gate 7, race 9 post time 5:39pm US Eastern time. His last start was a 4th place finish in the G1 Hopeful Stakes (Runhappy Hopeful) at Saratoga. This would be his 4th race, all on dirt so far. http://www.equibase.com/static/entry/KE ... html#RACE9

* 06 October (Sunday) - DEBUT - Orsay tries to start again in an MSW at Belmont Park, race 5 post time 3:37pm, 6 furlongs over dirt. It's the race immediately before the Futurity Stakes mentioned in the previous post, so once again we have 3 AP babies split between two back-to-back races. Orsay tried to debut back on Oct 1st but acted up at the gate, tossed her jock, and was a last-minute scratch (no injuries to horse or rider). She's been doing decent, not stellar, consistent weekly works for some time now.

* 06 October (Sunday) - Cool Runnings - Zuma Stakes at Santa Anita, 1 mile on turf. He breaks from the farthest outside - 7th of 7. Race 4, post time 2pm local-time, 5pm US Eastern time. http://www.equibase.com/static/entry/SA ... html#RACE4 He's still a maiden, maybe he'll follow Four Wheel Drive's example and have his first win be a stakes race? His previous starts were a 2nd on July 28th and 3rd on September 1st, both at Del Mar, 1 mile on turf.

* 09 October (Wednesday) - Another two-fer: Envied and Sweet Melania are both entered for the Grade 2 JP Morgan Jessamine Stakes for 2yo fillies at Keeneland, 1-16th mile on turf, race 7 post time 4:24pm. Envied breaks from 2 and Sweet Melania from 6th. http://www.equibase.com/static/entry/KE ... html#RACE7

Nominated/Submitted (Waiting for Draw or final)

* 12 October (Saturday) - Monarch of Egypt - G1 Darley Dewhurst Stakes 2yo - Newmarket 7 furlongs on turf - 39 entered, max is 20. This would be a 2-week turnaround from his last race, when he failed to fire and came in last in the G1 Juddemonte Middle Park Stakes. Other entrants include Pinatubo, Mum's Tipple, and Siskin. https://www.racingpost.com/racecards/38 ... -12/736056

Tiz the Law was very impressive and he's definitely bred to run all day.
Top

Tapit is turning into a sire of sires. As a huge fan of Pulpit - still, I think, maybe AP Indy’s most talented son, I’m happy about that. Pulpit died too young, but he’s helping carry on the Slew line, and that’s a good thing.
Top

Maxfield very impressive in winning the Breeders Futurity by about 6 lengths. He's by Street Sense out of a Bernardini mare, so more distance should be no problem.
Top
Post Reply
90 posts