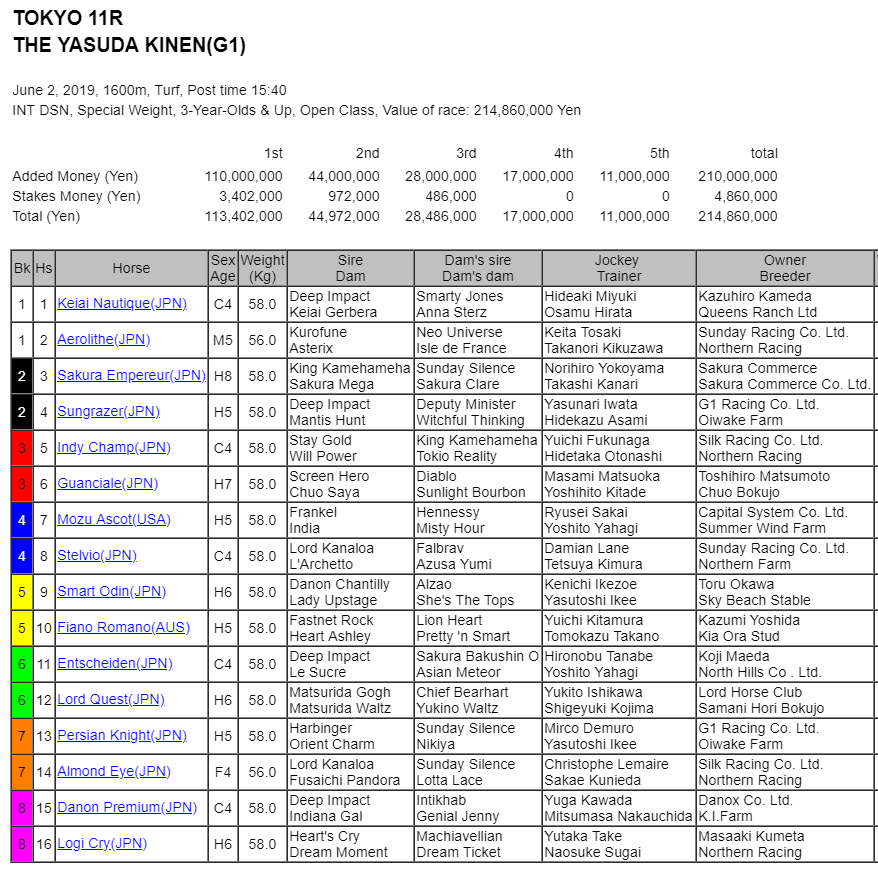 Yasuda Kinen weekend! Rooting for Almond Eye but I also love Persian Knight and Danon Premium, of course, and you can't discount Sungrazer or Stelvio... should be a fantastic race!

May they all come home safely.

Here's the most recent pic of the real Horse of the Year 2018. 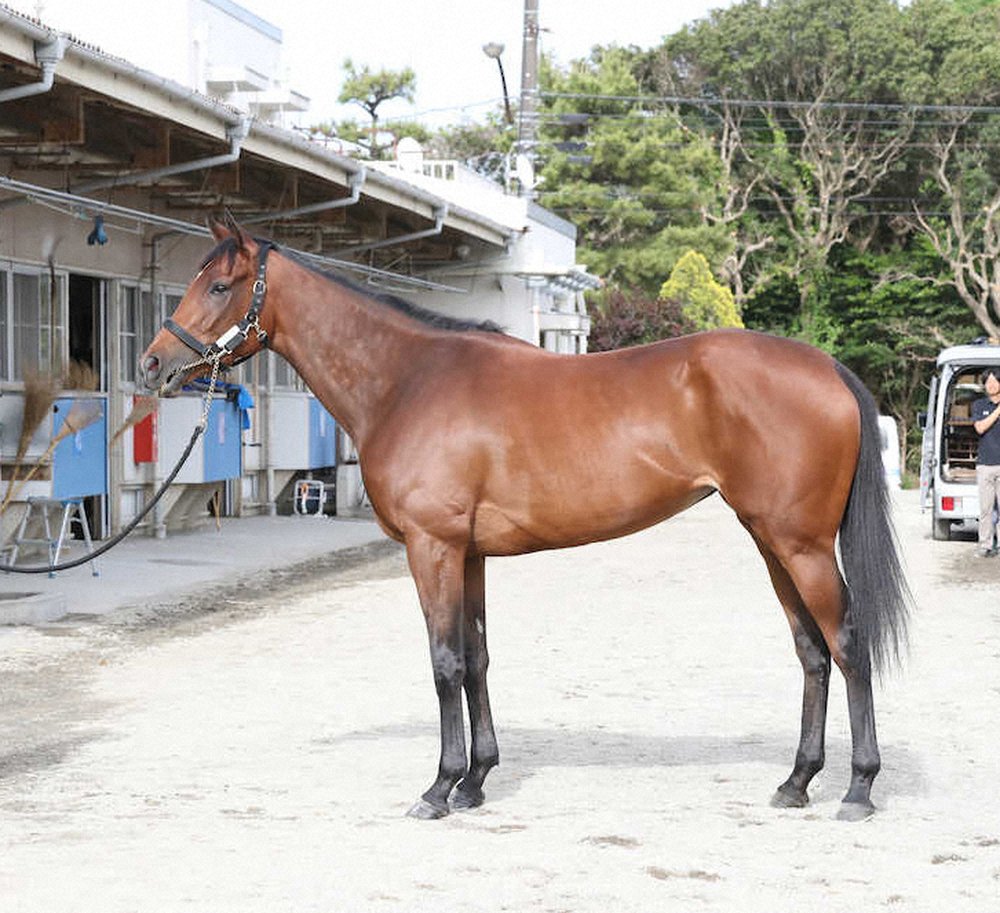 This mile G1 is going to be the toughest test for Almond Eye whose best distance is thought to be around 10F.
She is quoted as the 9/10 favorite right now, followed by Danon Premium with 5/2. 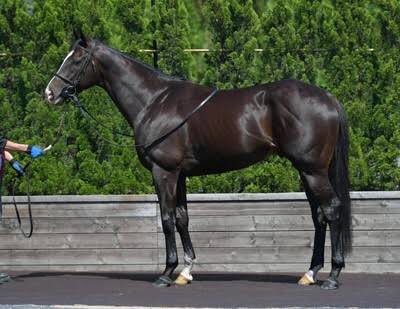 by Starine
Why are they running her at a mile? Just because it's a prestigious race?

Good point.
Let me try to explain it.

In the first half of the year, there only remain two G1 races that are available for her.
http://japanracing.jp/en/racing/schedul ... penTab=Jun

So I don't think that her connections chose Yasuda over Takarazuka becuase of either the prestige or the purse.
They must have believed that Almond Eye could win the Yasuda rather comfortably handling the shorter distance, without risking hitting her bottom.
Other point could be that Tokyo turf tends to be firmer and less tiring than Hanshin Turf.

Now let's see if they made a right decision!!
Does she have the speed to beat the boys at a mile on the rock hard turf?
This is going to be an interesting race.

by tachyon
The best horse didn't win.
But I was thrilled with her closing kick.
Congrats to the winner Indy Champ.
Stay Gold is an amazing sire.

Indy Champ's trainer Hidetaka Otonashi mentioned the Mile Championship at Kyoto, the Hong Kong Mile at Sha Tin and the BC Mile at Santa Anita as possibilities for the horse's goal later this year during the TV post-race interview.
Danon Premium was fine. Fortunately.
Almond Eye might be headed to the G1 Tenno Sho Autumn 2000m in October.

by lurkey mclurker
Fuji TV put up an Almond-Eye-centric replay and I can't help but wonder if only Christophe Lemaire had taken her outside... b/c once she isn't behind a wall of horses, or pinched between them trying to move up? When he finally pushes the button she's in another gear and she'd have caught them in another stride, passed them in two.

Bummer. But given Logi Cry's horrible start, and how awful the outcome could've been, just glad they all came home safely. (And you know it's serious when the JRA suspends Yutaka Take... how long is a "one meeting" suspension? The whole meet?!?!)

ETA okay it looks like a one-day suspension. And I'm seeing that Almond Eye's trainer is saying they really don't want to race her much this summer but save her for the fall (I'm guessing maybe because of her heat-related issues?)...

Although it's widely been known that Almond Eye would not run in the Takarazuka Kinen, she earned the largest fans' votes and she won't run in it.
It's a shame, and I'm not sure that she has been properly managed since the biginning of this year.

by BaroqueAgain1
After winning the Yasuda Kinen over a good field, I'm a little surprised that Indy Champ didn't make that list.

by lurkey mclurker
Hmm perhaps but I think compared to the rest of the field, he's not as established as the others. He's just turned four and aside from the Yasuda Kinen, he only had two GIII and some stakes wins. If you look at the other 4 yr olds, and Admire Mars, he's just beginning to make a name for himself.

ETA: With Deirdre overseas, I wish Aerolithe had made the list. She's been trying so hard and had some very gallant seconds.

lurkey mclurker wrote: ↑
Thu Jun 06, 2019 5:37 pm
ETA: With Deirdre overseas, I wish Aerolithe had made the list. She's been trying so hard and had some very gallant seconds.

Also, thank you to Tachyon for the detailed explanation re: Almond Eye and the Yasuda Kinen.

by tachyon
Fans votes were cast in between May 16th and June 2nd.
So Yasuda Kinen results were hardly reflected in that ballot.
Aerolithe was 38th with 4,663 votes.
Indy Champ was only 74th with 1,061 votes.

Aerolithe takes summer vacation for now.
We don't know yet which races are going to be her targets in autumn.

Green Cal - the calcium supplement sold by Nosan, the subsidiary of Mitsubishi Corp - has caused a mass scratch in racing this weekend in Japan due to theobromine contamination.

A combined 177 horses (including Ban'ei horses) were scratched from JRA and NAR as precaution.

Wow... this could have potentially maybe been very bad news, isn't theobromine toxic in large doses??? Still a messy situation all around.

WOW. I've seen horses try to nip one another before but he really tried to savage that other horse. I mean, damn.

by tachyon
Melody Lane(JPN), 2016F. Orfevre(JPN) x Mowen(GB) by Motivator(GB), became the lightest JRA horse in history to win a race, as she broke her maiden impressively at Hanshin R6 2400m turf on June 15th 2019.

Her weight was only 340 kilograms! 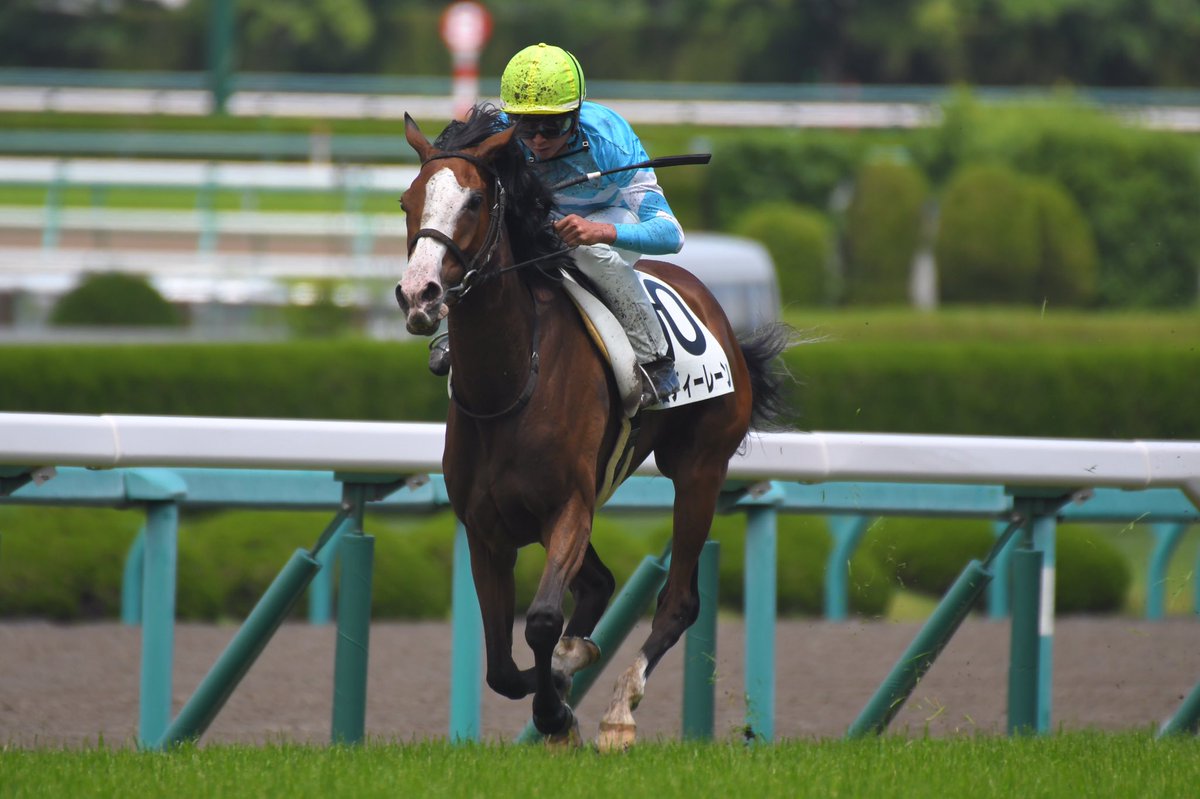 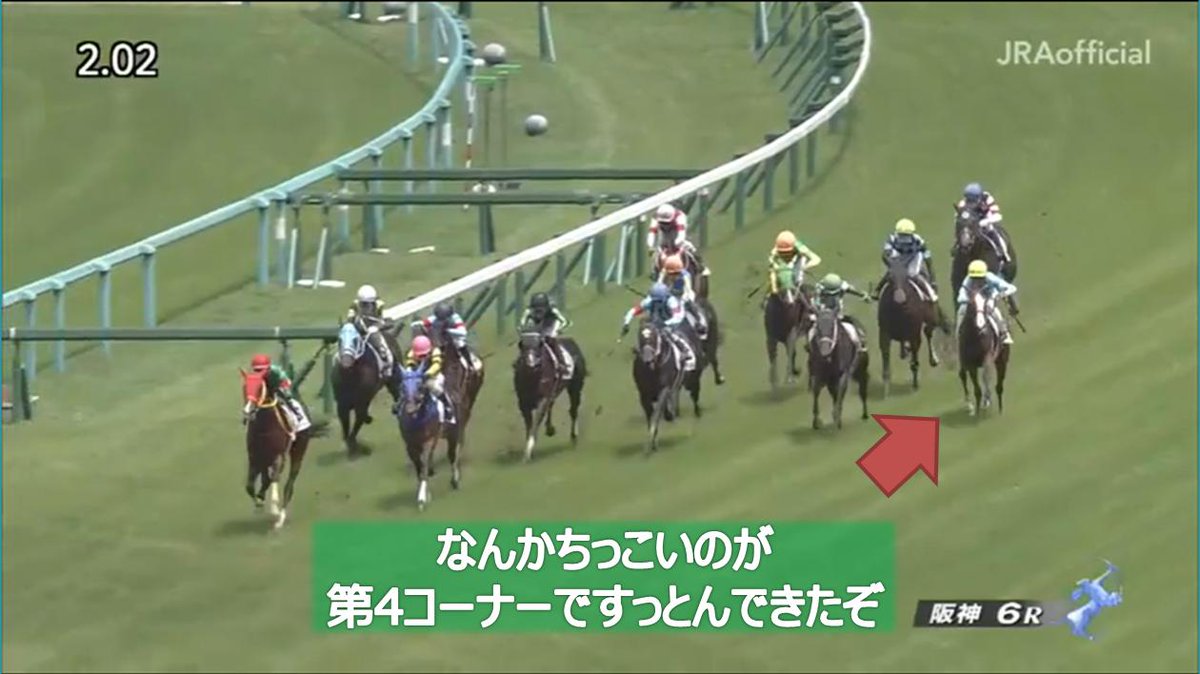 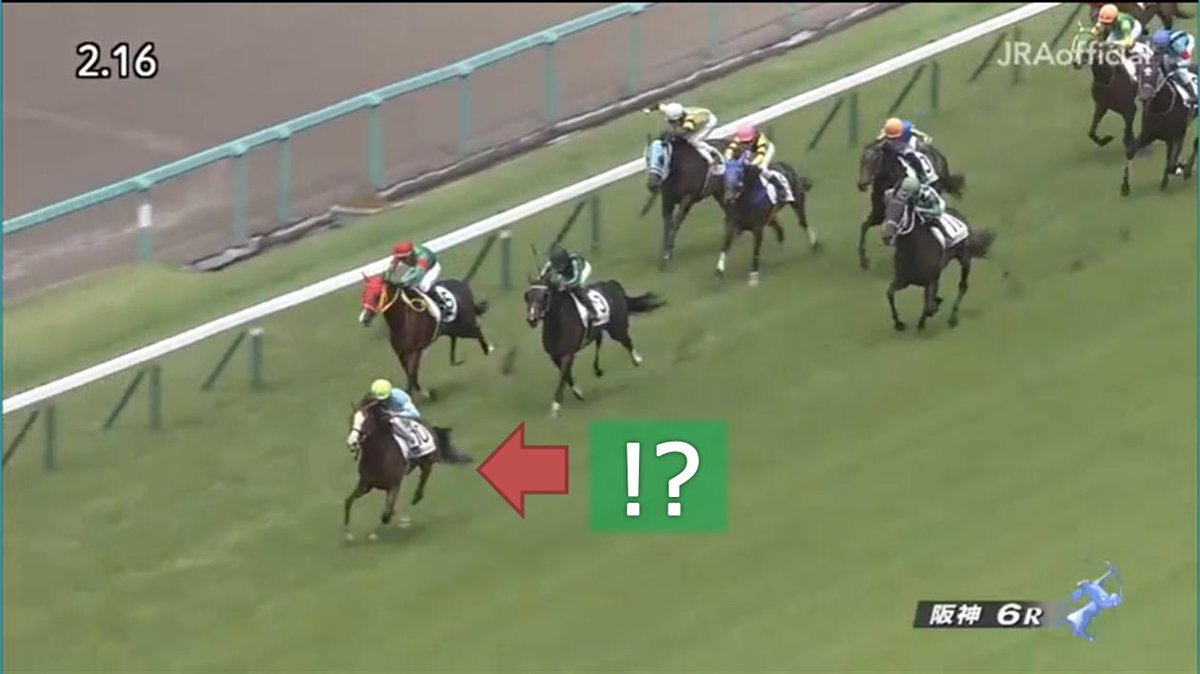 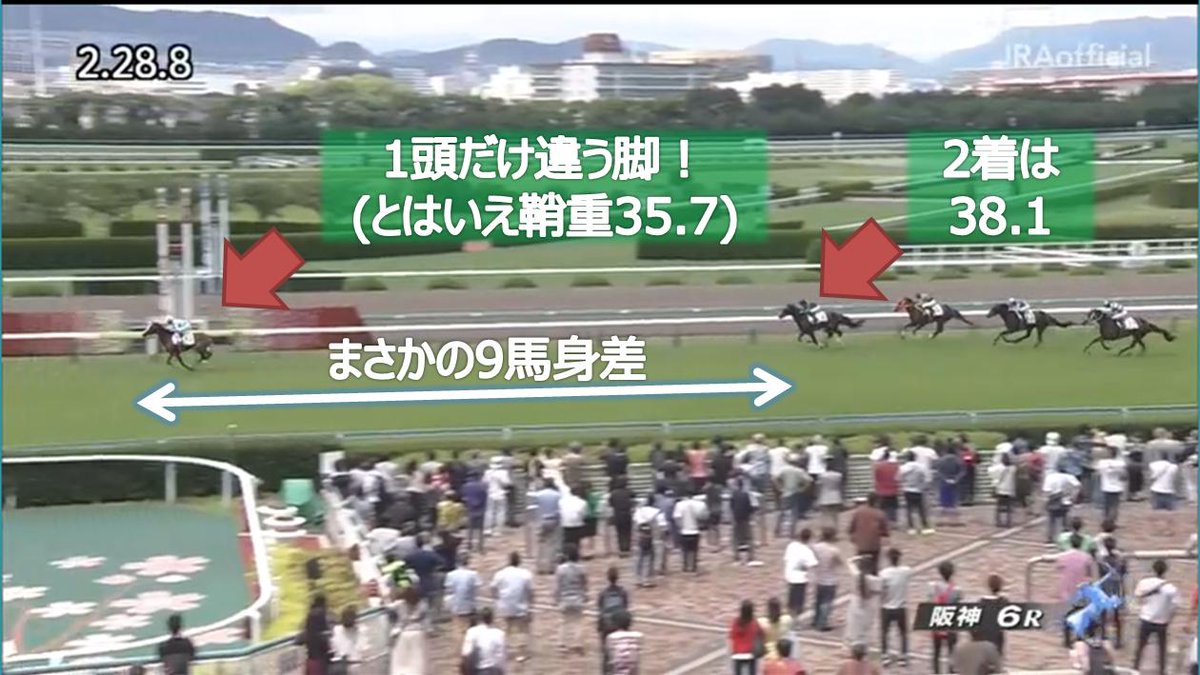 (she has a large white and Stay Gold eyes, too.